All the ways to define functions in JavaScript

The function is a set of statements or blocks of code to perform a specific task and return a value. They are reusable and make your program modular and efficient.

Below are a few ways to define a function in JS.

This is the most common way to define a function in JS. The definition starts with the keyword function, followed by the name of the function where the naming convention is similar to the variables - they can contain letters, digits, underscores and dollar signs and are mostly written in camelCase. The name is followed by a set of parentheses which is used to pass parameters. After this comes the curly brackets which contain the body of the function.

While we invoke the function, arguments are the data/values we pass into function parameters. 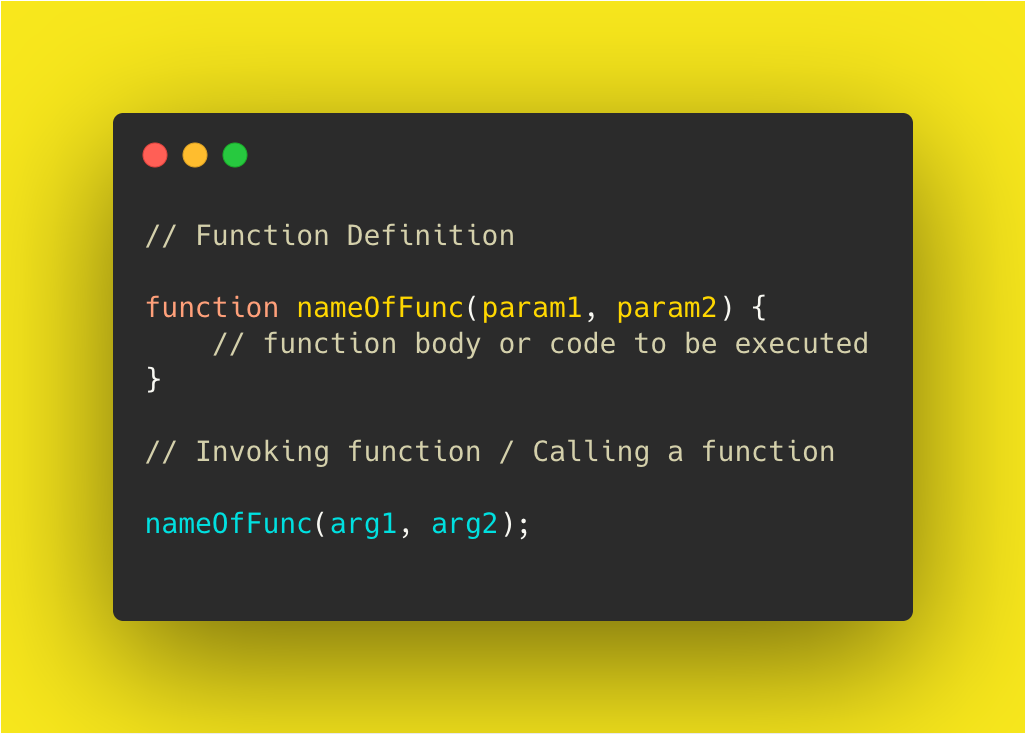 A function always has to return a value. If nothing is returned explicitly, it will return undefined. A function defined this way has access to global and local variables. These types of functions are always hoisted to the top of the enclosing function or global scope. Hoisting is JavaScript's default behavior of moving declarations to the top. This is the reason why a function can be invoked before their declaration.

Arrow Functions are the latest way of defining a function. They are one of the features of ES6 (EcmaScript- 6). These are always anonymous functions.They do not create their own this value. In ES6, this refers its surrounding scope. They are also known as fat arrow function.

They make the code more concise, simplify the scope of the function and helps us avoid a lot of confusion with this keyword. These functions do not have any binding for this. In a classic function expression, this keyword is bound to different values based on the context in which it is called. With arrow functions, however, this is lexically bound. It means that it uses this from the code that contains the arrow function.

For example, look at the setTimeout function below: 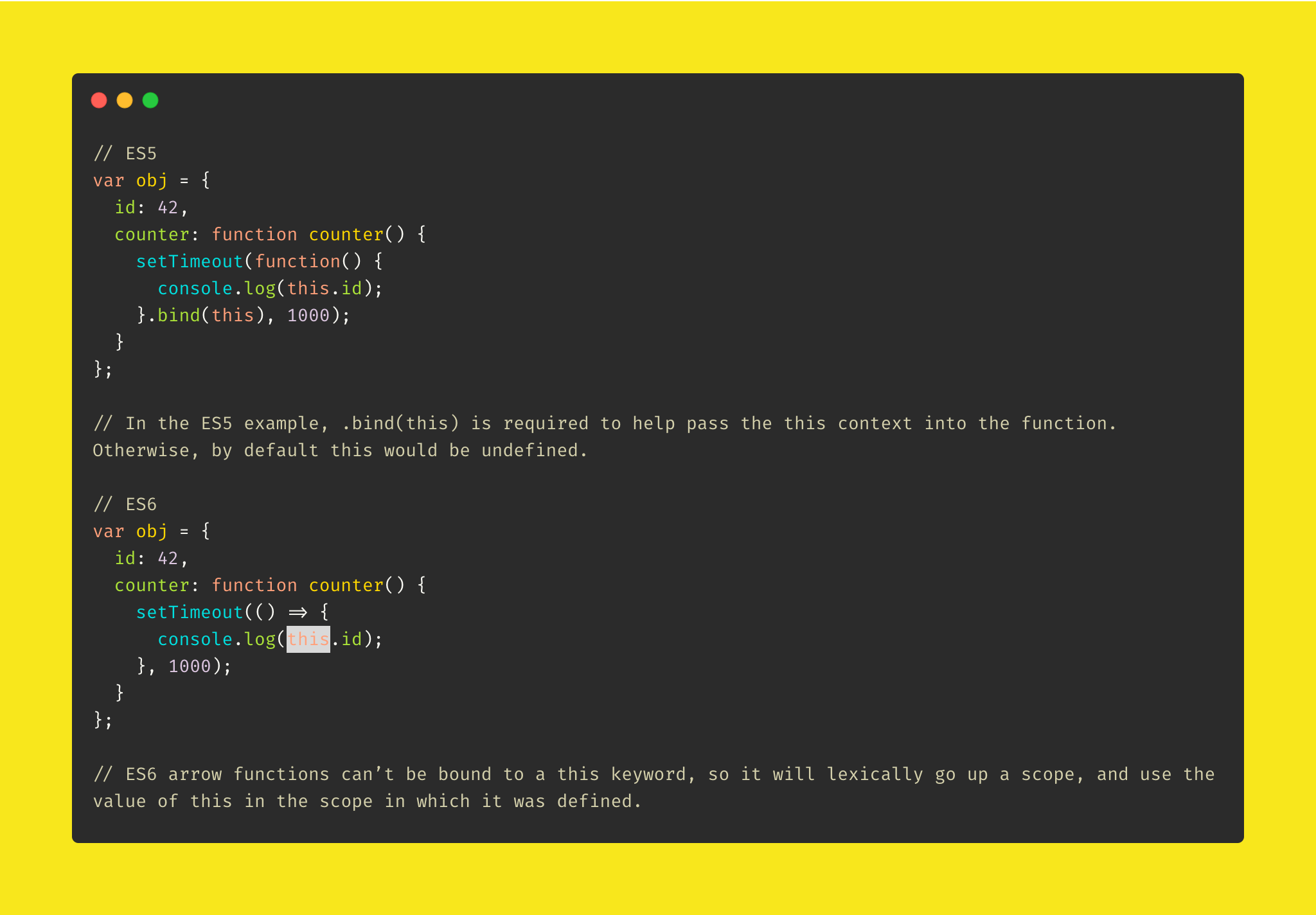 That's all for the article. Thanks for reading it. Please comment your feedback and suggestions.